CJ Editorial: “How I fought Muslim stereotypes after the 9/11 attacks by sharing my story”

Home/Uncategorized/CJ Editorial: “How I fought Muslim stereotypes after the 9/11 attacks by sharing my story”

CJ Editorial: “How I fought Muslim stereotypes after the 9/11 attacks by sharing my story”

MAC President Dr. Muhammad Babar was published in Louisville’s Courier-Journal Newspaper on September 8th with an editorial titled, “How I fought Muslim stereotypes after the 9/11 attacks by sharing my story.”

Here is the link on the CJ’s website. You may also read the full text below.

How I fought Muslim stereotypes after the 9/11 attacks by sharing my story: Opinion
Muhammad BabarOpinion Contributor

Our human existence is often shaped by the experiences that alter the course of our lives. I moved to the USA as a young physician who loved sports and was spending Saturdays watching college football and Sundays cheering for the Buffalo Bills. Everything changed after the terrorist attacks of September 11, 2001, when Muslim Americans faced unprecedented discrimination. Across the country, Muslim people were subjected to stereotyping and bigotry at work and in public spaces.

My initial response, like so many others, was to lay low. Try to be invisible. But each time a terrorist attack happened somewhere in our world, I felt like I was thrown out into the limelight to make sense out of those senseless brutal acts. Around that same time, Muslims became an easy target for electioneering as many politicians used Islam bashing to further their political ambitions.

I realized that laying low is not an option anymore, and negative stereotyping could only be tackled by sharing our story with our fellow citizens. Therefore, a few friends and I got involved in interfaith activities to build bridges among different faith communities. We initiated service projects to not only reach out to our fellow citizens but also to pay back our share to the community at large. Eventually all these activities transformed into a 501(c)3 nonprofit organization which is now known as Muslim Americans for Compassion.

MAC is a grassroots organization able to change lives and help families because we are transparent, earnest and open with our intentions of finding where we can make a positive difference. Our board is made up of community leaders from the Kentuckiana area, many with backgrounds in healthcare. Over time, we have built a strong network of volunteers and contributors who are able to come together and make a difference in times of crisis.

It’s been a busy year. In less than 10 months, Kentucky has been hurt by two natural disasters: the tornadoes which cut through large swaths of western Kentucky in December 2021 and the devastating flooding of Eastern Kentucky which began in late July 2022. In both cases, MAC leapt into action when they heard the news. We established fundraisers, collected supplies and made numerous trips to the affected areas.

New support areas and relationships were created from this outreach. For example, in the months since we first made contact in Dawson Springs, MAC provided cash assistance cards to residents with assistance of our national partner Islamic Relief and awarded scholarships to 10 Dawson Springs high school students who have enrolled in different state colleges.

During Ramadan 2022, MAC partnered with Islamic Relief USA and the Association of Physicians of Pakistani Descent of North America to provide care packages to refugee communities throughout Louisville and Bowling Green. We believe that every human being has the right to life, liberty and the pursuit of happiness just as it says in the Declaration of Independence. That begins with food security for oneself and one’s family.

Additionally, each year on the anniversary of the tragic September 11 terror attacks, MAC works with dozens of volunteers in the Louisville area to deliver box lunches to firefighters, police officers and other first responders. It is essential to remember the brave men and women who lost their lives during that day, and we take this opportunity to let our own first responders know we appreciate their service and respect the work they do.

Service in all its forms: that is what MAC is about. That is why we have hosted the Interfaith Iftar Dinner for 12 years now alongside Interfaith Paths to Peace. We believe, no matter a person’s faith, we are all fundamentally connected by the human experience. We welcome people of all religions and backgrounds to come break bread with us each year during the month of Ramadan. This year we were honored to have U.S. Representative John Yarmuth, Mayor Greg Fischer and our keynote speaker was Ray F. West Jr., the founder, president, and COO of the Moldova World Children’s Fund. That organization is caring for thousands of refugees in the fallout of the war in Ukraine. MAC is proud to support MWCF and any other organization supporting human rights.

I just want to end by saying “Thank You” to everyone who has supported us on this journey. That includes the Muslim, Christian and Jewish communities of Louisville, nonprofits in the city such as Dare to Care and UP for Women and Children, Mayor Greg Fischer, Jefferson County Public Schools, local businesses who have donated supplies and countless others. MAC makes a difference because we come together as one.

On September 15, we’ll join more than 500 other organizations in promoting philanthropy and generosity through Give for Good Louisville. We’ll hope you’ll consider supporting MAC or one of the many other fine organizations involved.

Dr. Muhammad Babar is president of Muslim Americans for Compassion and Doctors for Healthy Communities. He is also president of the Board of Trustees of Compassionate Louisville. In addition to leading those organizations, he serves on the boards of Dare to Care, Family Community Clinic, the Center for Interfaith Relations, the Muhammad Ali Center and the Kentucky Council on Postsecondary Education. 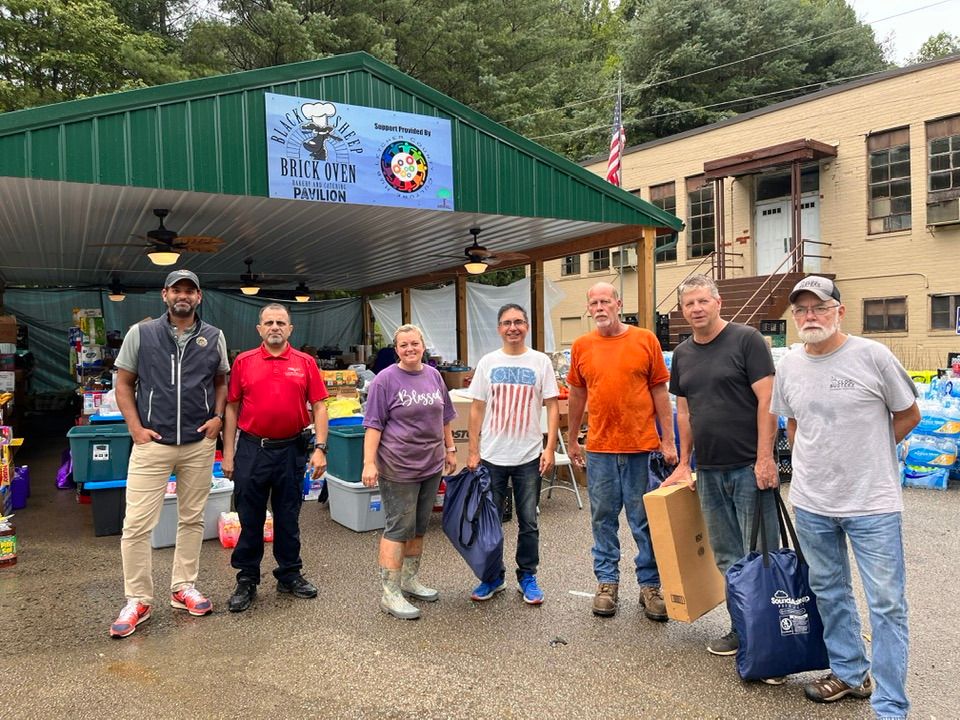 Dr. Babar Speaks at “Together We Welcome” Conference 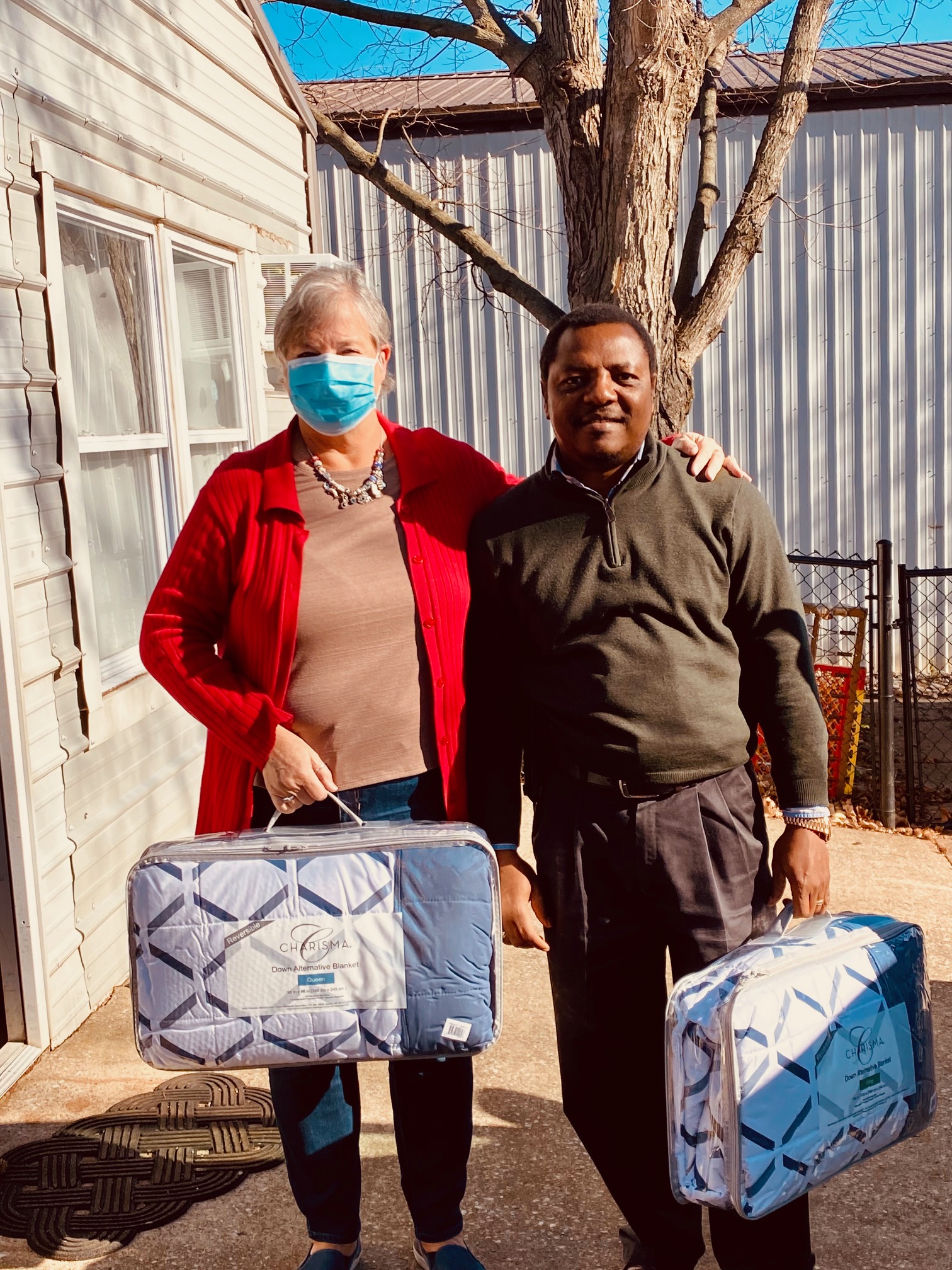